1-2-3 at Cowm 5k whilst juniors struggle at Litherland 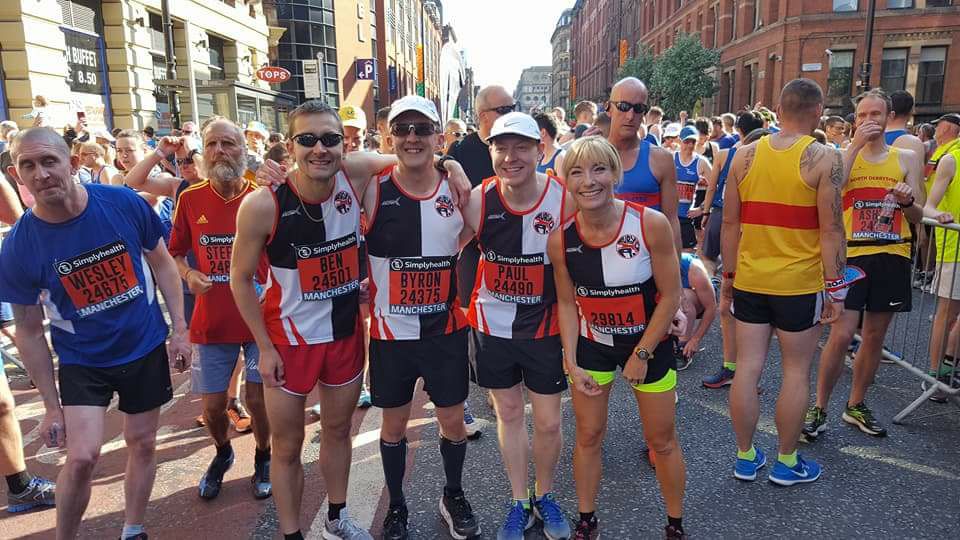 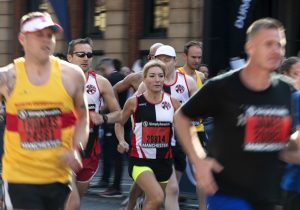 Sophie Whittaker was Bury’s first finisher in the 10k race, won by Sir Mo Farah. Sophie, completed the course in 41.28 with Chris Barrow hot on her heels in 42.14 as Bury’s second finisher. Vicky O’Brien was next home in 50.33, followed by Marcus Dey, Danny Potts, Paula Gears, Lucy Alcock and Nicola Quick.

The day before a depleted junior team made the journey to Litherland to compete in the Youth Development League (Lower) fixture. They finished in a disappointing 5th place, dropping from 2nd to 5th in the league and placing them in danger of relegation. In the under 15 boys, Rashawn Currie took two victories in the B 100 (12.2) and B hammer (13.80). Gilbert Vaughan, Jay Cook, Natan Witkowski, Jacob Allen, Oliver Rostron, Luke Mayle and Ben Redmond all competed in several events. The sole Bury victory for the under 15 girls came from Rosella Togo in the B shot. The other team members included Erin Garroch, Alice Lawson, Abigail Howard, Grace Gibson, Freya Potts, Catherine Russell, Charlie Ireland and Erin Kenyon.

Sadly the under 13 boys team was so depleted they could not even field a relay team. Noah Carter had a busy afternoon competing in several events, with Finley Collings also working hard to score points. Owain Tyrrell was the only other Bury competitor.  The under 13 girls turned in some excellent performances. Mae Gardner, Enya Hartley and Devonne Samuels all ran well in the 75m, setting AAA standards. Millie Uprichard and Connie Potts ran well in the 150m, with Connie also running as a non-scorer in the 800m with team-mates Esther McGrath and Isabel Lawson. Reilly Carson and Lola Potts competed in the 1500m and the girls also ensured that every field event was covered. Mae, Connie, Devonne and Millie took an excellent third in the sprint relay.