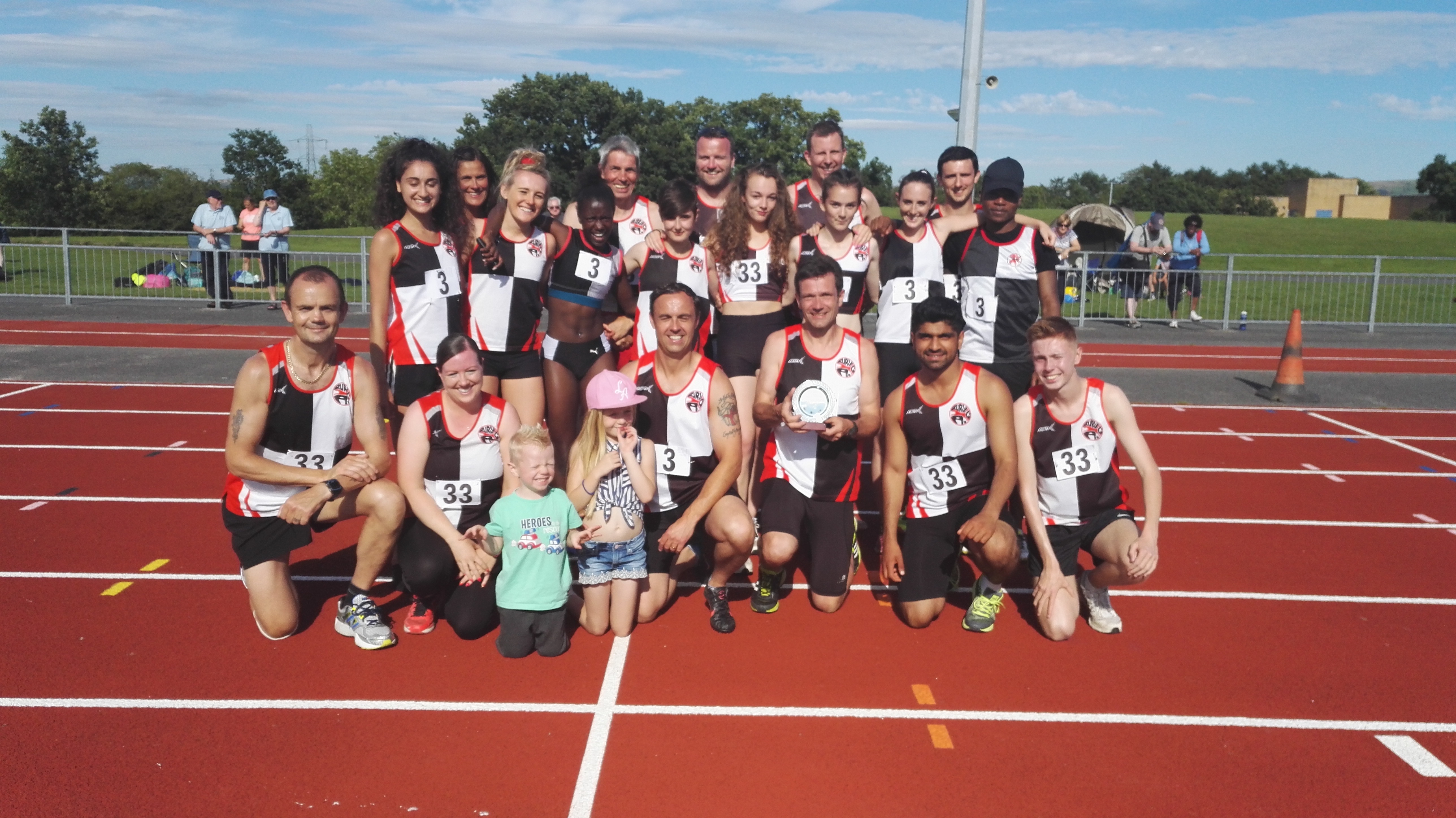 The Bury AC senior team have been promoted as division champions in the North of England Track and Field League. Promotion was assured before the final fixture at Macclesfield on 6th August, but to win the divisional champions trophy Bury had to defeat nearest rivals Pendle. Due to a brilliant turn out and a commitment to competition Bury dominated the fixture securing a victory of over 100 points over Pendle.

The opening track event, the 400m hurdles, set the tone for the day and saw four Bury victories. Ben Coop won the men’s A race (66.1), Jack Griffiths the B race (76.7), Lizzie Cheshire triumphed in the women’s A race (74.3) and Mariella Digioia won the B (76.0). The field events commenced with the Pole Vault, won by Bury’s Paul Stocks with a 2.10 effort.

Given that the team was missing several athletes due to holidays, the manner of the victory reflects marvellously on the team spirit and willingness of athletes to go the extra mile for the club. Credit should also be given to the volunteer officials, Jean and John Simpson, Pete Bates, Ken Smith, Roger Morley and Nigel Brady who scored valuable points. Next year Bury will compete in the 2nd division (West Central) against neighbours Bolton, Blackpool, Holmfirth, Seaton and Pendle who are also promoted as runners up.