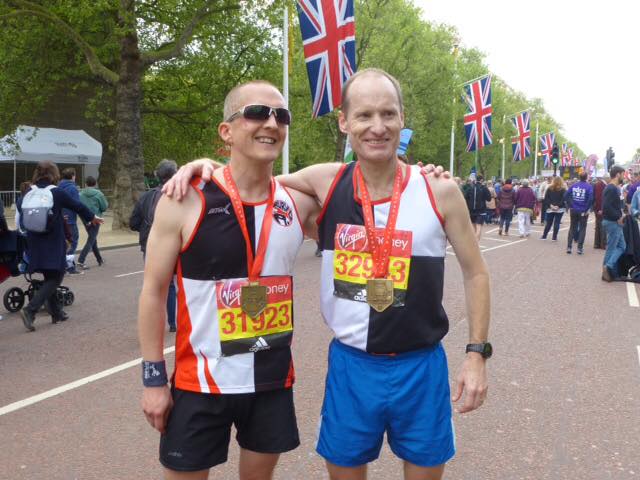 Bury AC had three members competing in last Sunday’s London Marathon. First across the finish line was Jim Ardin who was frustratingly close to his personal best, completing the course in 2:49.28 – only 34 seconds slower than his previous best set at the London in 2013. Byron Edwards, Bury’s men’s team captain, was hot on Jim’s heels finishing in 2:53.06 – a new personal best by over a minute. Byron had been on track for a 2:50 finish, but the effects of his run in the Greater Manchester Marathon three weeks earlier took their toll over the last five miles. Steve Parker was the third finisher recording a respectable time of 4:47.44 in his first attempt at the distance.

Bury athletes were amongst the trophies in the Bolton 10k race over the testing Leverhulme Park course. First finisher was Sophie Whittaker who was third female finisher and first female junior in a time of 39.46, nearly 45 seconds faster than her 2016 time. Next home was Giles Bennett who took the prize as second V50 athlete with his strong run of 40.11. Mark Simkins was next finisher and ducked under the 50 minute barrier with a time of 49.28.