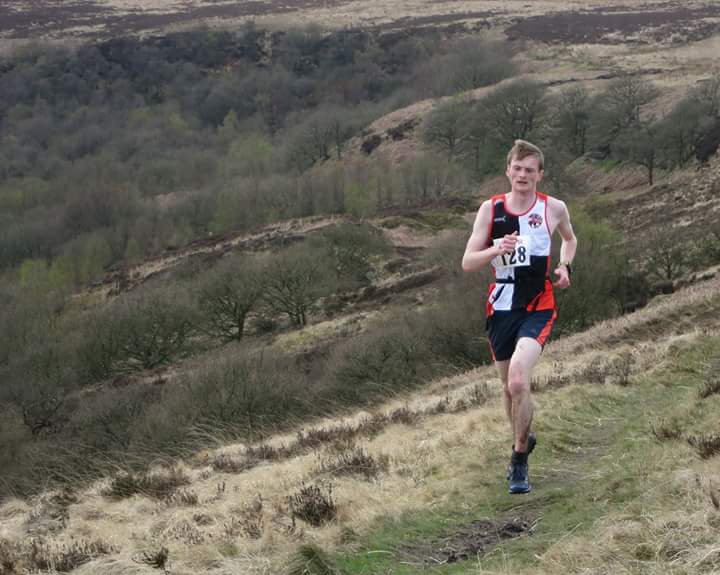 Bury AC hosted the first fixture of the UK Youth Development League this season a rain soaked Market Street Track on Sunday. Team Manager Donna Cartwright was delighted with the effort and spirit of the athletes who competed at the meeting. The Bury AC was rewarded with fifth place overall with the potential to improve upon that as the season progresses.

In the sprint relays the U17 quartet of Oliver, Hashim, James and Emmanuel won their race in 49.5. The U17 girl’s team of Teegan, Lucy, Jenna and Chloe took second place in their race.

Several athletes also earned extra points for the club in taking on field events, amny for the first time. Lucy Alcock took 5th in the A long jump (3.27) and Chloe Fairhurst took 3rd in the B event (3.06). Hashim Shah set a new pb of 7.57 to take 4th in the A shot putt, a position equalled by Teegan Brady in the U17 women’s event  who also pb’d with 5.49. Jenna Allen-Cartwright took 5th in the discus (12.19)  and Emmanuel Mufakazi and Oliver Kirby took 3rd and 2nd respectively in the A and B U17 javelin competitions (28.20 and 5.40).

On Saturday Byron Edwards took 7th place in the Piece of Cake 10k at Boggart Hole Clough in a time of 38.37. Given his previous three marathons in three weeks this was almost a well-earned rest for the Bury athlete. 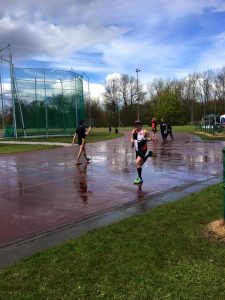 Duncan Forrest took on the Three Peaks Challenge on Saturday. A mammoth event over the Yorkshire Peaks of Ingleborough, Pen-y-Gent and Whernside with a dusting of snow remaining on the summits. Duncan ran strongly to complete the course in 5:25.25.

Duncan Forrest descending in the snow

Bank holiday Monday saw four Bury athletes competing in the Coiners Fell race near Mytholmroyd. Ben Coop demonstrated he has recovered from the set-back from his foot injury by storming round the course in 50.14. His win was a new course record. Les Smalley finished a little further down the field in 24th place recording a time of 1:02.37 for the demanding course. In the junior race Ben Forrest ran strongly to take second place in the U16 competition (26.05) with Lucy Alcock winning the U16 girl’s race in a time of 37.52.

Ben Forrest at the Coiners

Monday also saw Jenny Yates and Alison Dale competing in the Avenham Park 5k in Preston. Both athletes were rewarded with personal bests. Jenny was second women finisher with a very respectable 21.29 and Alison was delighted to break the 23 minute barrier with her 22.58 performance.