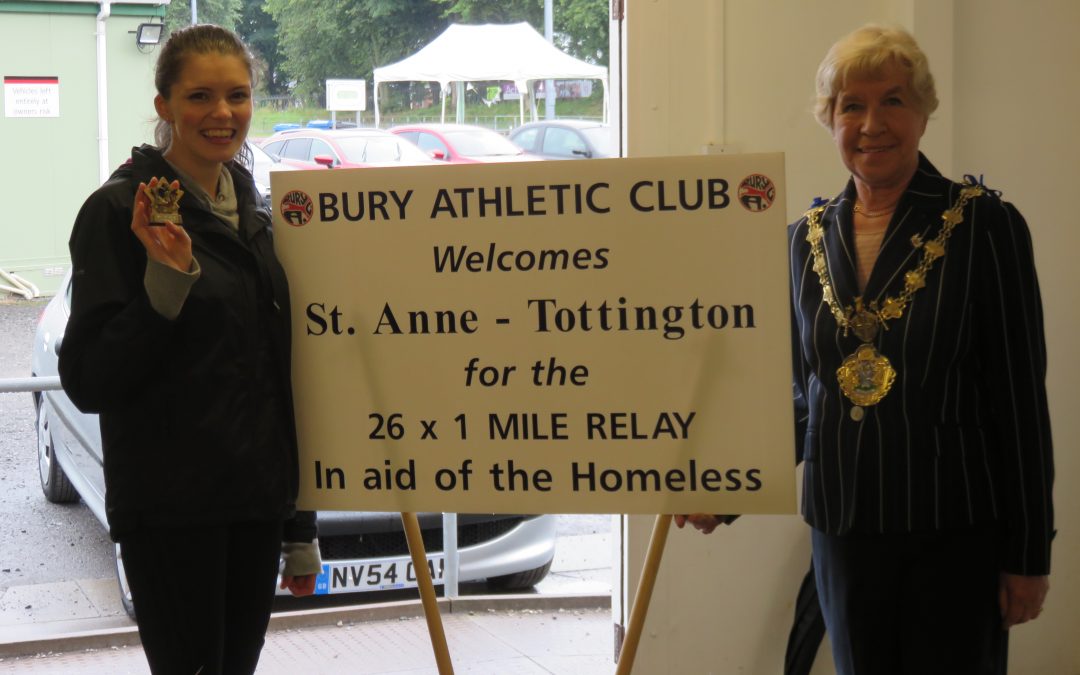 A group from St Anne Tottington hired the track Sunday 3rd Sept for a  2 team 26 x 1mile relay in aid of the homeless. This proved a very worthwhile hire of the facility as:-

3) 48 new people ran on the track with several interested in training/joining the club.

4) The Mayor attended the event to present the trophy  and spent 30 minutes on a tour of the facilities.  She has a genuine interest in athletics and was impressed with the set up and the clubs aspirations.

Alison Hepworth, Area Manager for Barnabus, was also enthusiastic and has ideas to expand the event next year by inviting some corporate teams.