Bury AC in the mix for the Great Manchester Games Weekend 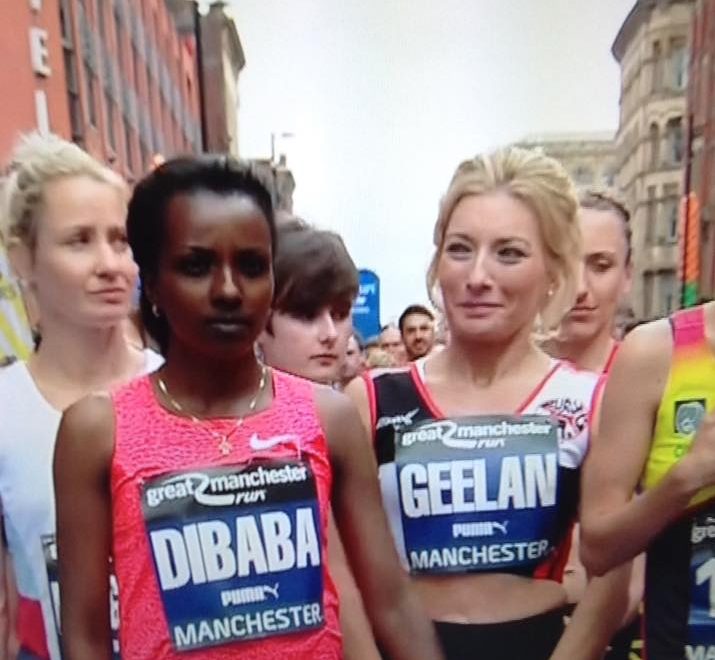 Bury AC had a significant involvement in the Great Manchester Games in Manchester over the weekend. A number of the club’s younger members helped with the Friday evening event in Deansgate and Albert Square, seeing local athletes meeting Olympic gold medallists Jessica Ennis-Hill and Greg Rutherford. 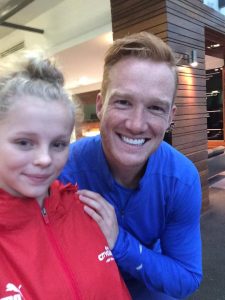 In the Junior Run around Sportscity on Saturday there were some excellent performances from Bury athletes in the mile and a half races. Charlotte Farnworth took a podium position taking 3rd in her race in a time of 8.50. Marcus Dey took 4th place in the senior boy’s event, the closest of all of the day’s races with the winner recording 7.04 with Marcus only a few metres behind in 7.08. Oliver Horford took 12th in his event with a promising run of 9.57. Cian Donnelly and Lauren Entwistle were the clubs other finishers recording times of 11.46 and 12.13 respectively. Warren Yates supported the races as the bike rider, leading the young athletes around the course.

Bury can proudly boast of fielding two competitors in the elite women’s 10k race, won by Turinesh Dibaba the world 5000m record holder from Ethiopia. Sophie Whittaker ran strongly to take 25th place in the international field with 40.10. Finishing in 26th place in 41.10 was popular music teacher Katie Geelan. Both athletes featured in the BBC coverage of the event and carried their Bury AC vests with distinction. 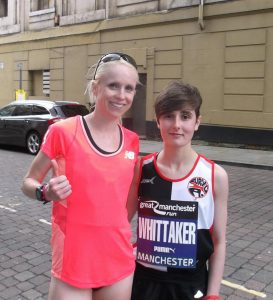 In the mass event around the roads of Manchester and Trafford, Byron Edwards was the first Bury AC runner to finish. His 37.00 effort saw him finish just outside the first 100 in the race won by Ethiopian world record holder Kenenisa Bekele and secured him 9th place in the V40 category. Next Bury finisher was Giles Bennett, missing his personal best by just 1 second in 38.56, but taking 7th in the V45 category. Ben Jones, making a welcome return to competition ran well to finish in 43.05 and Iestyn Rimmer took a break from his track running to return to the 10k event and finished in a time of 43.40. Jenny Yates recorded yet another personal best with an excellent 44.24 to finish 5th in her F50 age category. Next came Lauren Booth, celebrating her 18th birthday with a strong run of 47.26 to take 6th in the U20 category. Paul Williams ran well to record 48.37 and then Alison Dale and Lisa Carter were the next Bury finishers with 49.46 and 51.20 respectively. Nicola Brown, a new club member ran well to record 54.05. Brianne Turner, also new to running, completed the course in 55.29 followed by Holly Bamford in 59.01 and Emma Dawson 64.14.