Bury in the medals at GM Sportshall Championships 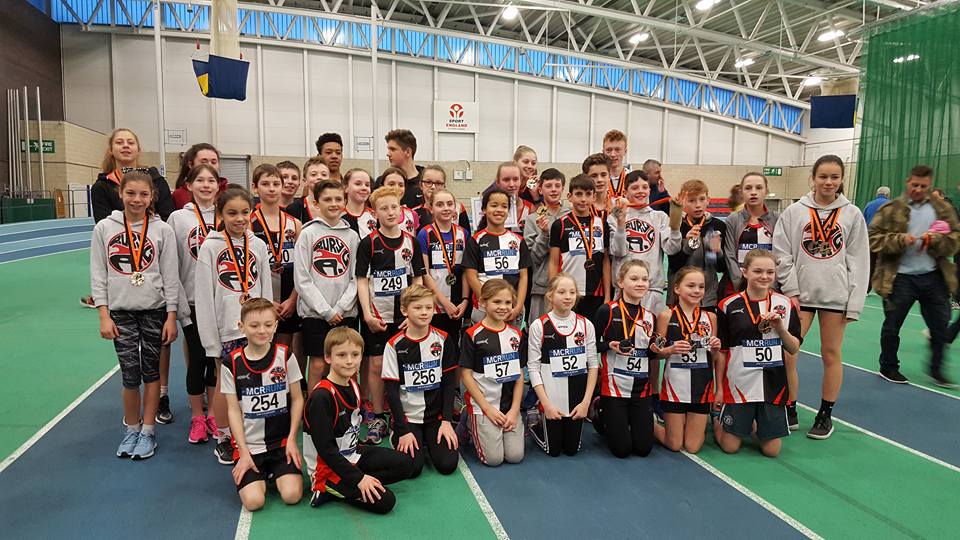 Bury athletes were well and truly among the medals at the Greater Manchester Sportshall Championships held on 22nd January. It was rewarding for the coaches to see a large number of local athletes committing to their events.

The under 11 boys were represented by Noah Carter, Oliver Horford, Kieran Chadwick, Harry Andrews and Finley Collins. Harry took 4th place in the turbo javelin, a position the team matched in the 4 x 2 lap relay.

For the under 13 girls the squad comprised of Erin Kenyon, Erin Garroch, Abigail Howard, Catherine Russell, Alice Lawson, Jenna Dickinson and Grace Gibson. The team took 4th place in the relay. Erin Kenyon was 3rd in the 6 lap race and Erin Garroch took 3rd in the speed bounce. Abigail won the vertical jump; Catherine was 4th in the standing long jump and Grace took 4th in both the 6 lap race and the speed bounce.

The under 15 boys were represented by Patrick Clarke, William Kay, Brandon Wilson, Benjamin Walker and Sebastian Brett. They won the relay and Patrick won the vertical jump, took 2nd in the standing long jump and 3rd in the 4 lap race. Seb won the speed bounce; Brandon took 3rd in the 2 lap race and the shot putt; William finished 4th in the vertical jump and Benjamin took 4th in the standing long jump.

The under 15 girls squad consisted of Amy Garroch, Katherine Townsend, Hattie Vaughan, Charlotte Larking and Charlotte Speakman-Farnworth. They took 2nd place in the relay but there was an individual double win for Amy taking both the speed bounce and vertical jump titles. Charlotte Speakman-Farnworth won the 6 lap race and took 4th in the standing triple jump. Hattie took 3rd in both the standing long jump and shot and Charlotte Larkin took 4th in the shot.