Byron completes first out of three marathons in three weeks 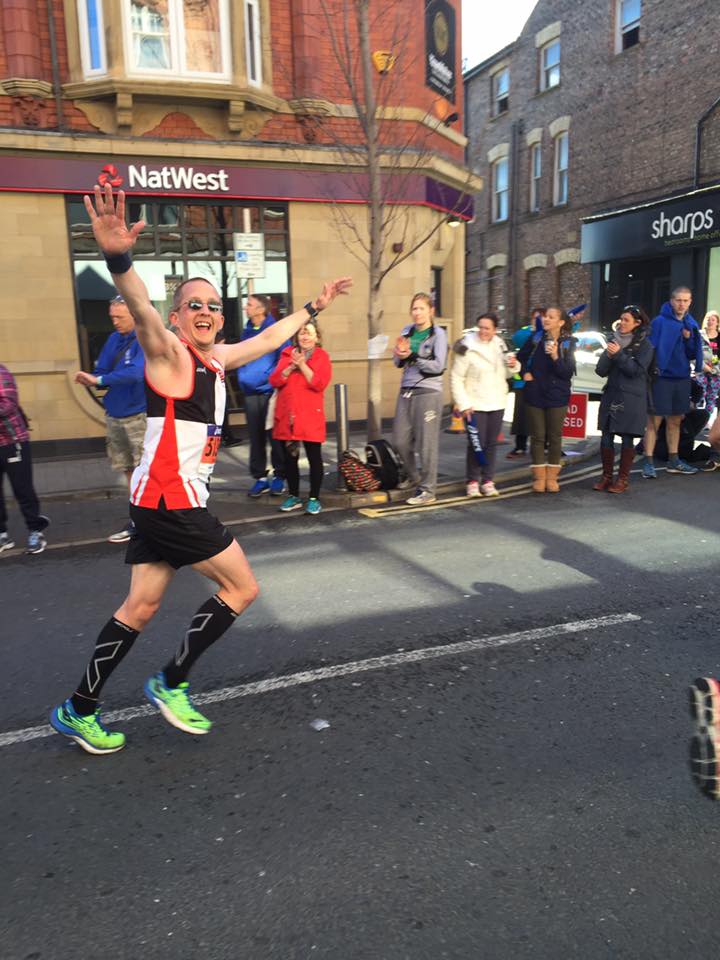 The sunny weather of the weekend brought with it a number of bright performances from Bury AC competitors.

Marcus Dey won the Heaton Park Parkrun on Saturday morning with a very nippy 17.27 for his first appearance at the event. This augers well for his appearance in the London Mini Marathon where he will represent Greater Manchester over a 3 mile course competing against the best young athletes in the country. He will be joined by club-mate Francis Woodcock who has also been selected for the county team. Giles Bennett took 9th place in 19.11 just 9 seconds ahead of Sophie Whittaker who was once again the first woman home, notching up her total number of victories to 11. Stefan Kalambouka finished 15th overall, breaking the 20 minute barrier again with a run of 19.38. 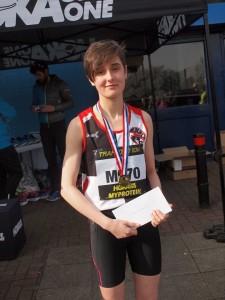 Sophie Whittaker who has now notched up 11 Parkrun victories

Later in the day Ben Coop and Benn Heywood competed in the Wardle Skyline fell race. Ben took an impressive 6th place in 51.09 demonstrating he is recovering well from his recent injury. Benn followed in close order to take 9th place and was just over a minute behind his team-mate.

Sunday was a very busy day with athletes competing on the roads and at the first Cheshire Track and Field League fixture of the year.

In the Greater Manchester Marathon Men’s Team Captain Byron Edwards completed the course in 3:13.39. This is the first of 3 marathons that Byron is competing in over a 3 week period. Next weekend he will be Boston and the week after that in London. He aims to break 3 ½ hours for each marathon. Making his debut over the marathon distance was coach Richard Daley who ran strongly to break the 4 hour barrier with a finish time of 3:51.23. Dave Carroll missed out on a sub-4 hour run, but nevertheless ran well to record 4:08.16. In the two athlete relay Lisa Carter teamed up with Sarah Sutcliffe to form the ‘Totty Trotters’. They finished in a combines time of 3:45.24 with Lisa covering her half in a respectable 1:51.

Three club members competed in the Fleetwood 10k. Jenny Yates and Alison Dale ran strongly, shrugging off the effects of the previous weekends Wilmslow half marathon. Jenny recorded a time of 45.06 and was 2nd woman finisher. Alison just missed breaking the 50 minute barrier with a time of 50.21. Emma Dawson ran well to finish in 61.21.