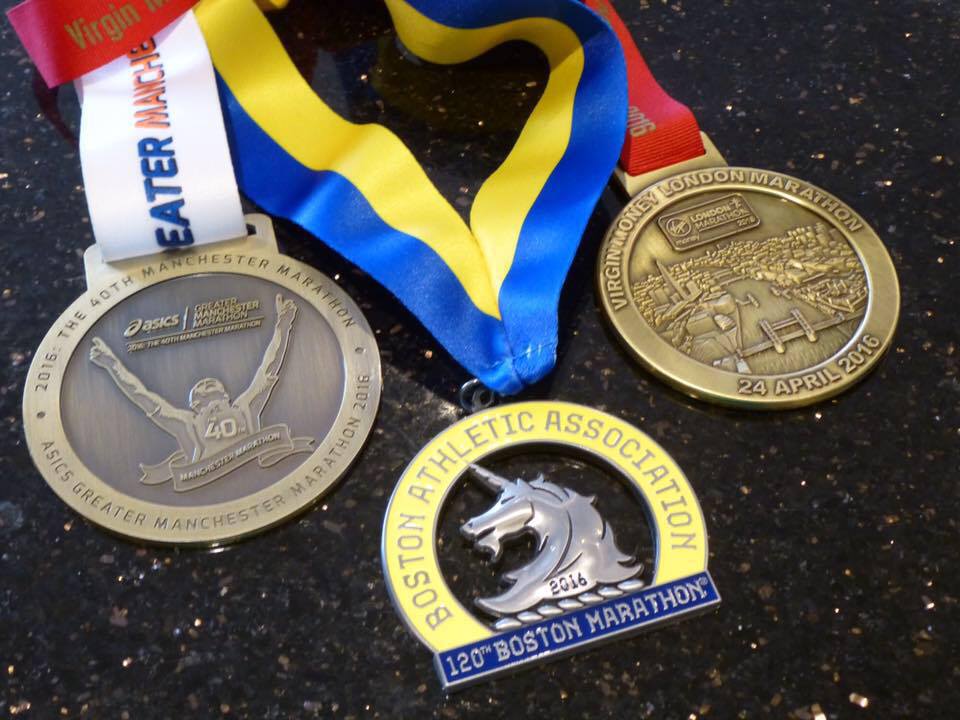 Men’s Team Captain Byron Edwards has completed his feat of running three marathons in three weeks – and with all of them under his target time of 3 hours 30 minutes. 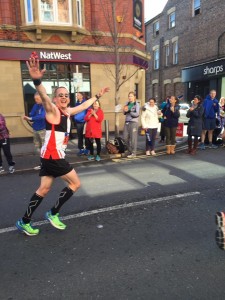 On Sunday 10th April he ran the Greater Manchester Marathon in 3:13.39. Thankfully this year it was the full 26.2 miles! He then jetted across to the USA to compete in the Boston Marathon on Monday 18th April where he recorded a time of 3:21.34 in hot but windy conditions. With barely time to catch breath Byron flew back to the UK to run in the London Marathon on Sunday 24th April. In the final of the three marathons, not only did he break the 3:30 barrier, but he produced a superb run of 2:58.46 – only missing his pb by 44 seconds. 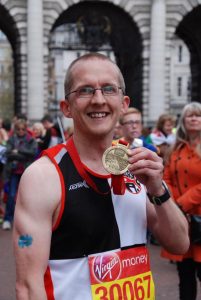 London – the challenge is complete!

Byron took on the challenge to raise funds for the Central Manchester University Hospitals NHS Foundation Trust Charity. He has already surpassed his target of raising £3000 – but Bury AC thinks his efforts warrant more people donating to the cause.

Donations can be made to Byron’s Just Giving page – https://www.justgiving.com/ByronEdwardsRBS

Byron has certainly dug deep over the past months as he prepared and then completed his challenge – we hope you will do the same.