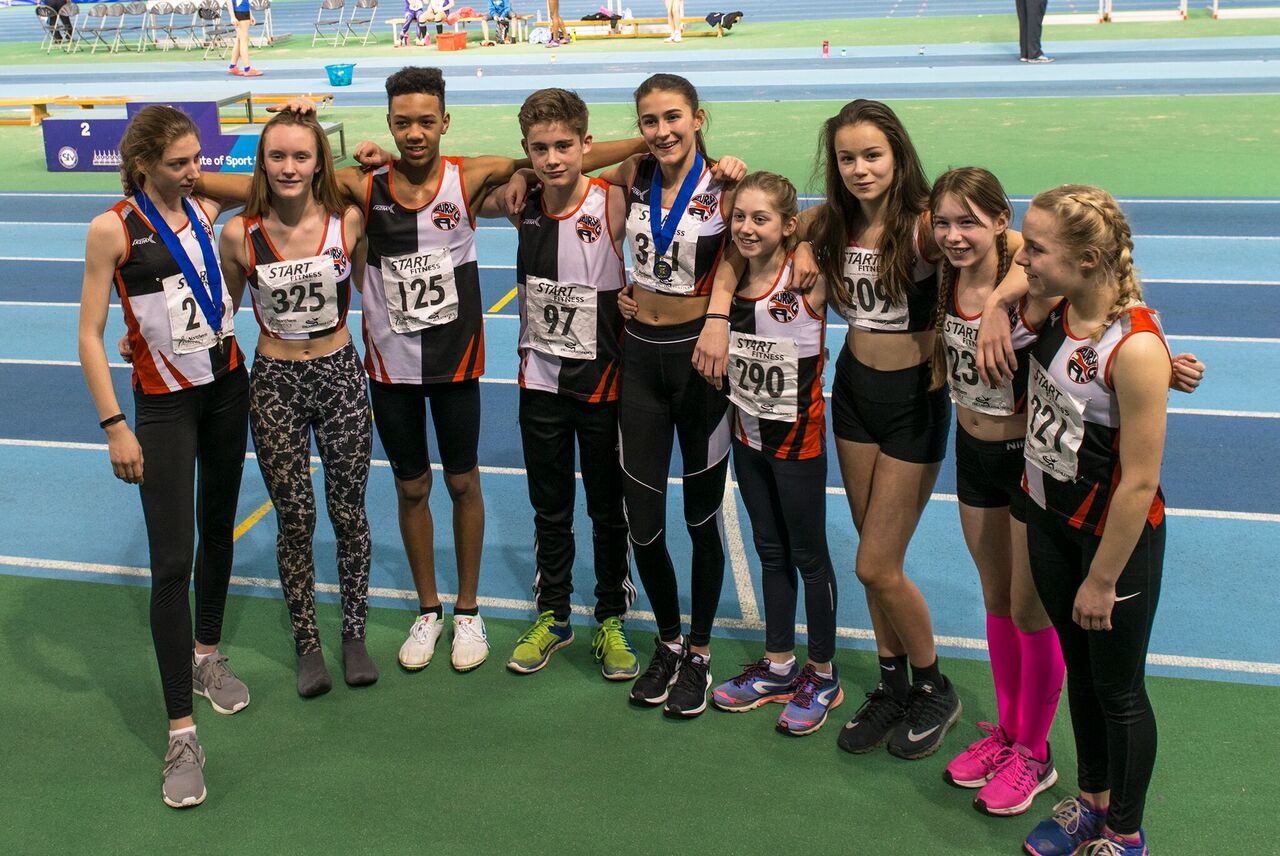 Thirteen club members made the trip to the English Institute of Sport in Sheffield on Sunday 5th February to compete in the North of England under 15 and under 13 Indoor Athletics Championships.  The group were rewarded with a string of personal best performances and an unprecedented four Northern titles.

Grace Goodsell confirmed her status as one of the best young athletes in the country by winning the under 15 girls 60m final in a new best of 7.97, a time which places her 7th in the national rankings. Grace made it a golden double by winning the long jump title in a massive new best 5.44m taking her back on top of the national rankings for the event.

Grace receives one of her gold medals

Daisy Worthington showed a mature tactical head in winning the under 15 girls 800m in a new best of 2.20.22, moving her to 4th nationally. Daisy had run sensibly in her heat, holding back her best to take the Northern title.

Daisy strides to the Northern title

Elliot and Evan – gold and silver!