Grace Leaps to number 1 in the UK 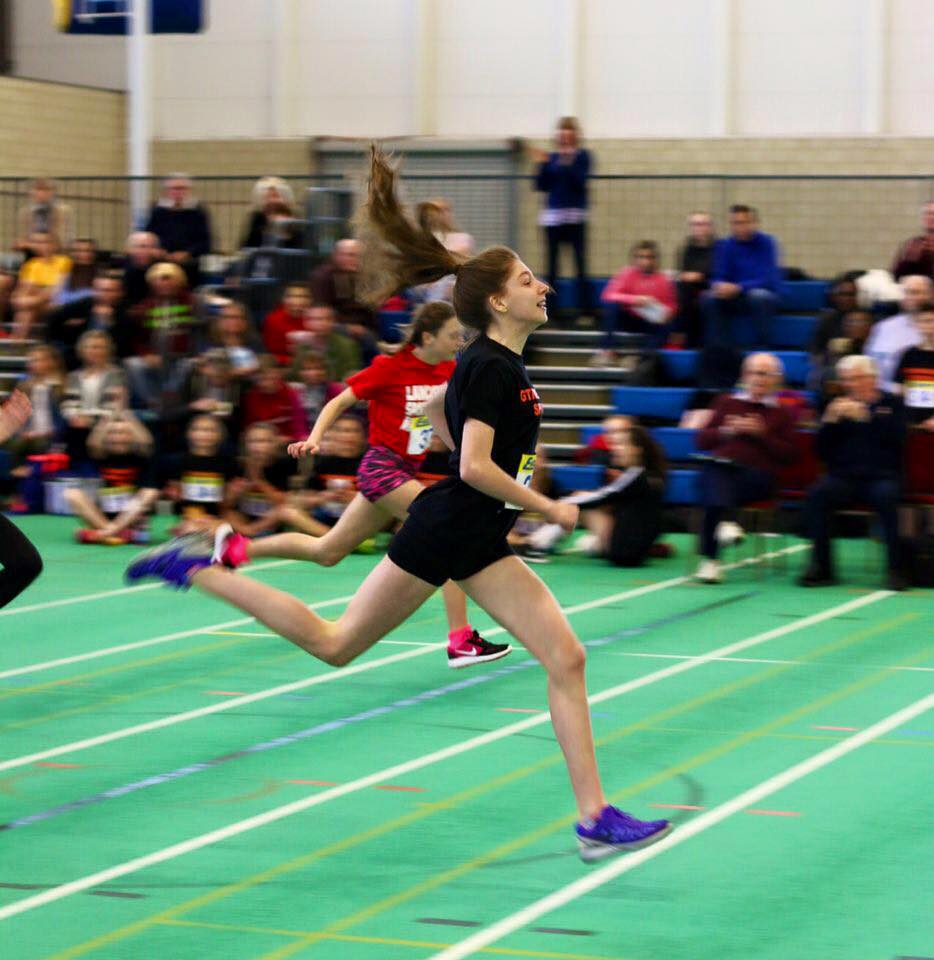 Grace Goodsell and Daisy Worthington travelled over to Sheffield on the 22nd January to compete in the South Yorkshire Series indoor event.

In the under 15 girl’s long jump event Grace produced a superb leap of 5.28m (only 6cm off her pb) to win the competition AND to move her to first place in the UK rankings for the event. Such a performance so early on in the indoor season augers well for how Grace will perform in later competitions. Daisy also competed in the long jump and took 5th place, being rewarded with a season’s best of 4.72m.

Both girls also took part in the shot putt competition with Daisy setting a new pb of 9.39m to take 3rd whilst Grace had to settle for a season’s best of 6.77.