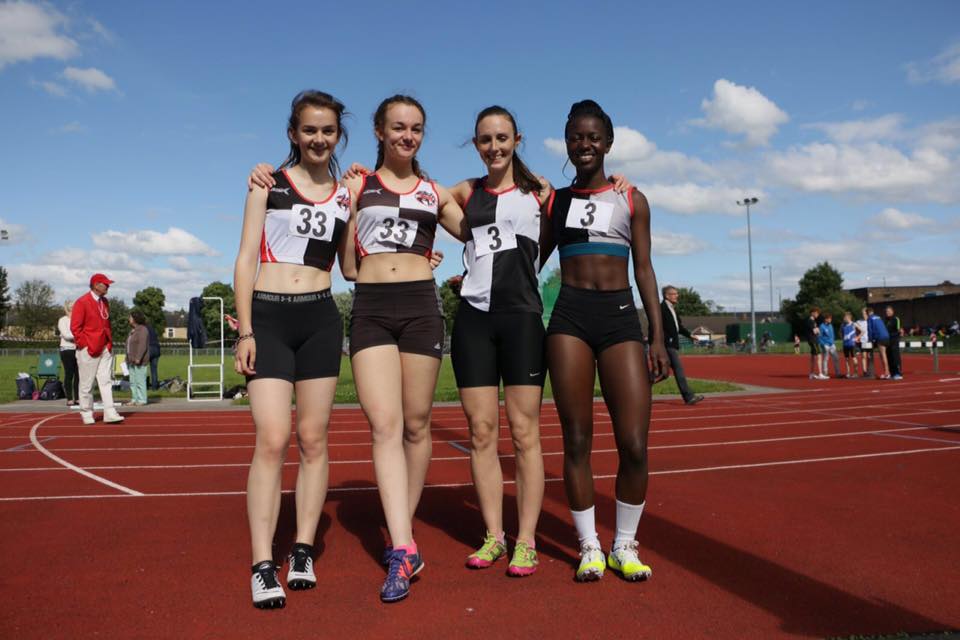 Bury’s sprinters made the most of the warm conditions at the Trafford Grand Prix meeting at the Longford Park stadium on Tuesday evening.

Emmanuel Mufakazi and Hashim Shah competed in the third 100m race with Emmanuel taking fourth place (11.44) ahead of Hashim who had to settle for sixth in 11.73. Both of the young athletes equalled their seasons best performances.

In the eighth 100m race Michael Hunter also recorded a seasons best taking second place in 12.38 and Mariella Digioia took sixth place in the tenth race in a seasons best of 14.08.

In the 200m events Teegan Brady and Mariella took joint fouth place in the ninth race with both athletes recording 29.72.

Michael Hunter took to the track again in the 400m fourth race, taking fifth in 56.44. In the seventh race Lauren Booth ran a seasons best to take second (64.24), just ahead of Lizzi Cheshire who set a new lifetime best of 65.68. Viola Melinghi took fifth place in a time of 66.87.

The sole victory of the day went to Jack Olds-Bellucci in the 400m hurdles who set a new personal best of 64.19. In third place was Oliver Kirkby who also set a new lifetime best of 74.53.

The previous Wednesday saw Ben Coop and Benn Heywood competing in the Two Towers fell race organised by Holcombe Harriers. Ben demonstrated his endurance and speed as he ran out as winner in a time of 33.54 for the testing course. Benn produced a strong run to take sixth place overall and was third in the MU23 category with a time of 36.27.