Katie leads the women to victory at Bolton Red Rose 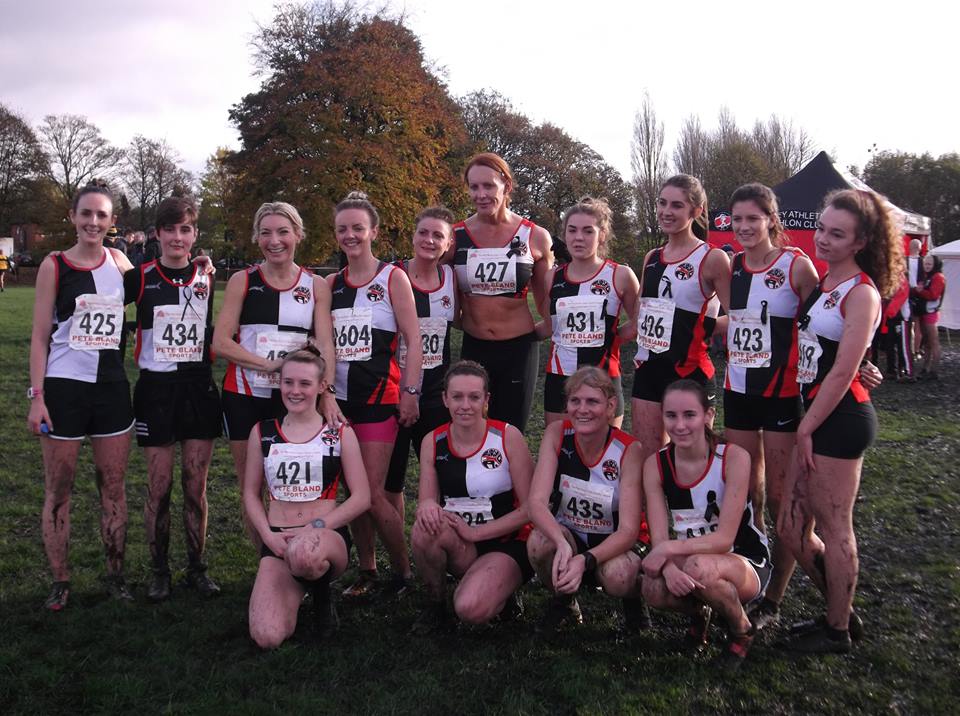 The senior and under 20 women and under 17 men repeated their Red Rose victories at the third league fixture at Bolton’s Leverhulme Park.

Katie Buckley led the women’s team home, taking a fine second place. Sophie Whittaker was 5th overall but was again first under 20 runner to finish. Donna Cartwright continued her return to fine form taking 10th place to give the Bury team a commanding victory. Christie Cook took 18th overall and was 5th under 20 finisher with Lauren Booth taking the 6th under 20 place to secure team victory.

Oliver Makinson produced a fantastic run in the under 17 men’s race, pushing Rossendale’s Josh Whitehead to the line to take second place and to push Marcus Dey into 3rd. Alex Bennett finished 11th to give the team victory to Bury.

The under 11 girls went one better than the boys and took second team place. Reilly Carson finished 8th and was well supported by Katie Rayner (12th) and Millie Yates (14th).

The under 13 boys and girls did not fare as well and both teams finished in fifth place. For the boys the scoring runners were Jack Andrew (12th), Jacob Allen (14th) and Jay Cook (29th). For the girls the point scorers were Freya Potts in an excellent 8th place, Erin Kenyon (18th) and Lucy Pixton (20th).

The under 15 boys took 3rd team place with Francis Woodcock leading them home in 6th place but having to fight hard to hold off Brandon Quinton in 7th. Stefan Kalambouka took 14th in what was the closest team race of the day with just 7 points separating the first three teams. The under 15 girls had to settle for 4th place with Daisy Worthington in 6th, Heledd Rimmer in 17th and Ellie Carter in 20th. Bury only had two athletes in the under 17 women’s race, with Lucy Alcock taking 7th place and Gemma Allen-Cartwright 19th.

Other Bury competitors were: