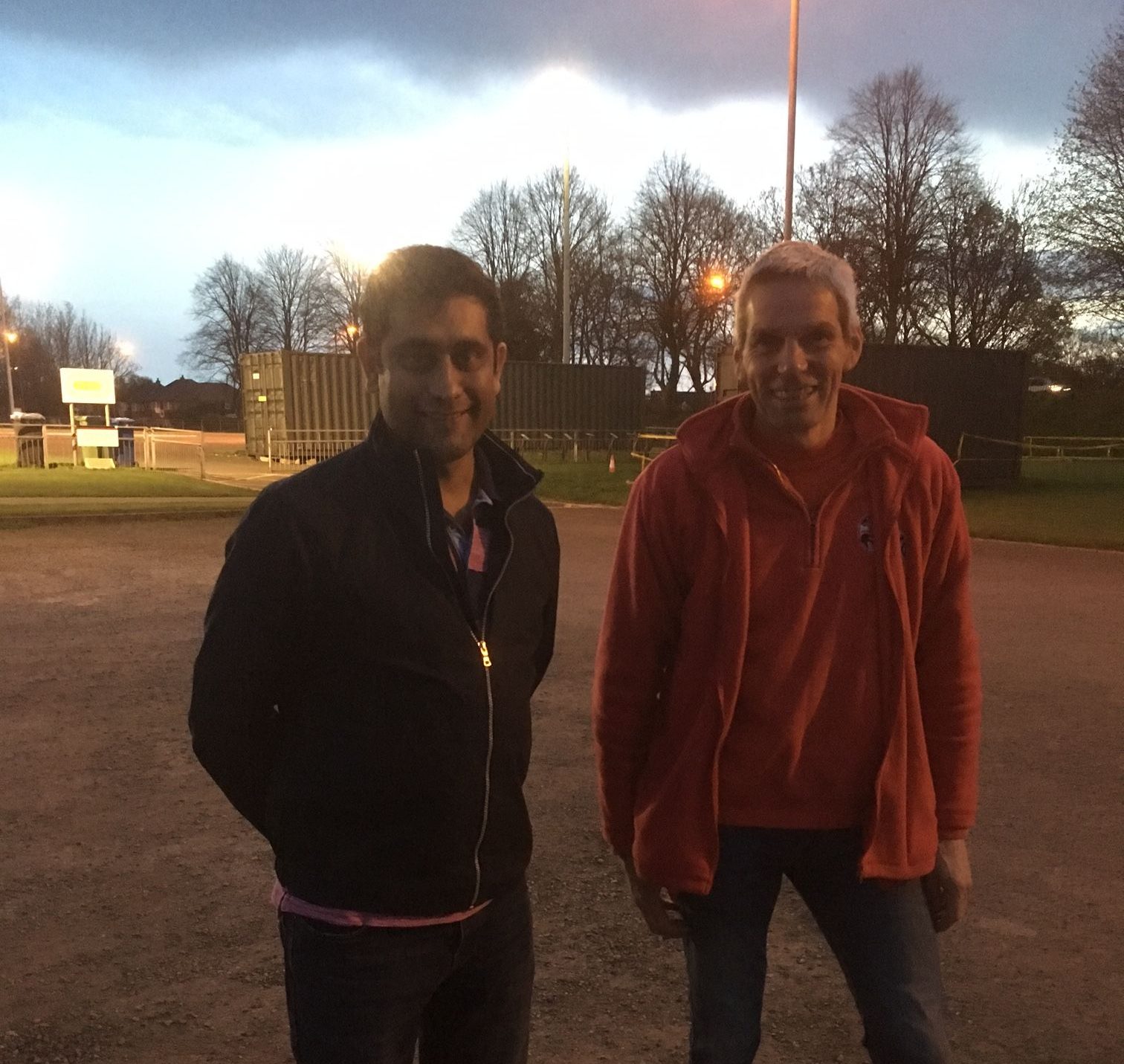 The Leader of Bury Council, Councillor Rishi Shori, was a welcome guest at the club on Tuesday 11th March. He witnessed a club training night and expressed his pleasant surprise at the numbers of athletes training and the age range of the people using the facility. Councillor Shori was also delighted to hear about the number of people who volunteer their time at the club as either coaches or officials to make the club such a popular and successful community asset.

Club Vice-chair and BAC Facilities Director Roger Morley also described the many various other users of the Market Street facility including several schools, Bury Jigsaw and Elton and Walshaw Junior Football Club. The club is proud to see the facility making such a positive impact on local health and wellbeing.

Councillor Shori is no stranger to running, having competed in last September’s Asda Foundation Bury 10k race and Club Chairman Mark Granby stressed that he would always be welcome to train at the club in preparation for this year’s event.

The evening was made complete for the Council Leader when he able to meet Daisy Worthington, Bury’s newly crowned National Under 15 800m champion.