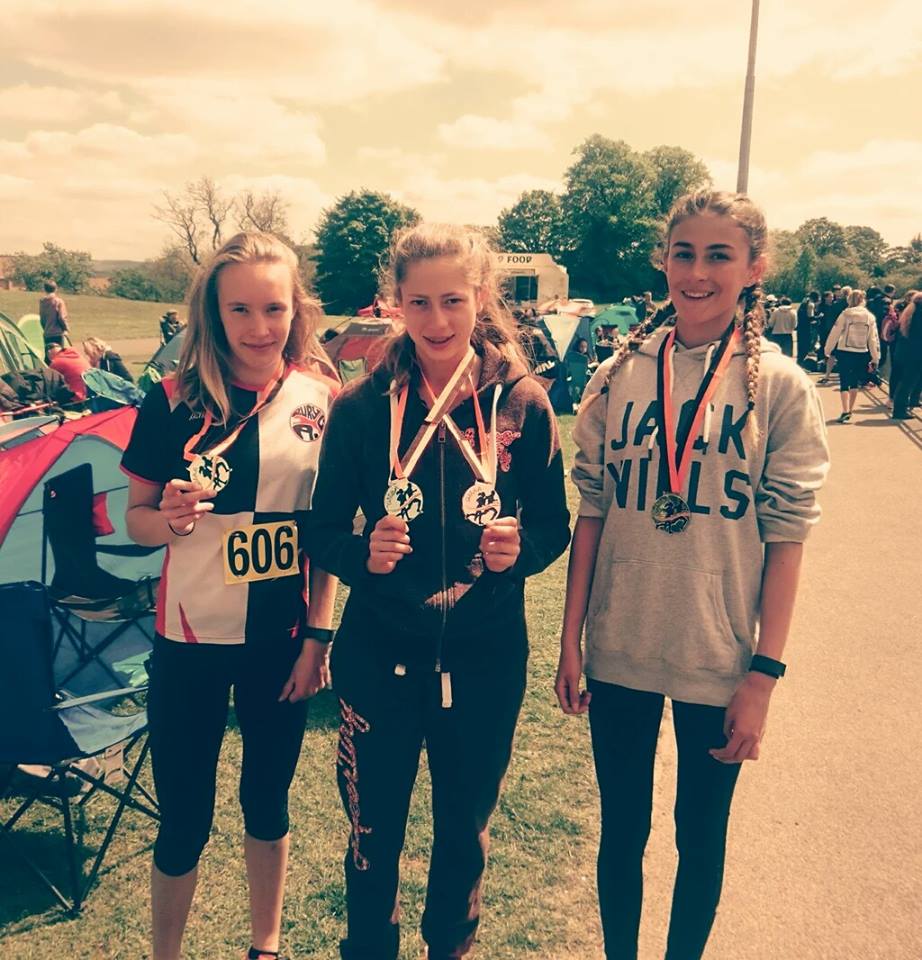 The Greater Manchester AA Track and Field Championships were hosted at Macclesfield over the weekend of 14th and 15th May. A relatively small number of Bury athletes made the journey to compete and several were rewarded with medals and new best performances.

Hattie Vaughan demonstrated how her training is paying off by winning gold in the u15 girl’s pole vault with a new pb of 2.70. She then went on to take 5th in the high jump (1.35).Hannah Holland and Amy Garroch were also competing in that high jump final, finishing 6th and 8th respectively although both athletes cleared 1.30, which was a new pb for Amy. 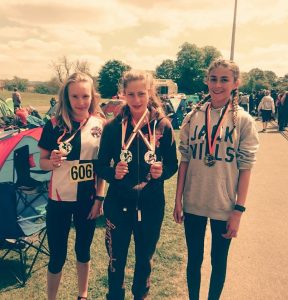 Club coach Ruth Worthington set a positive example to her young athletes by putting together a string of great performances in the senior women’s throwing events. Ruth took silver in the javelin (16.64), bronze in the shot (6.07) and 4th in the hammer (25.86).

On Tuesday 3 Bury athletes competed in the Trafford Grand Prix event at the Longford Park stadium. Running in the u15 boy’s 800m, Ben Forrest ran really well to take 4th place and reduce his pb to 2.11.89. Daisy Worthington also recorded a new best time in winning her race in 2.24.47. These times place both young athletes in the top 100 nationally in their age category and both have a further year in the category. Sophie Whittaker competed in the 3000m race and was first woman U20 finisher in a respectable time of 10.46.41.