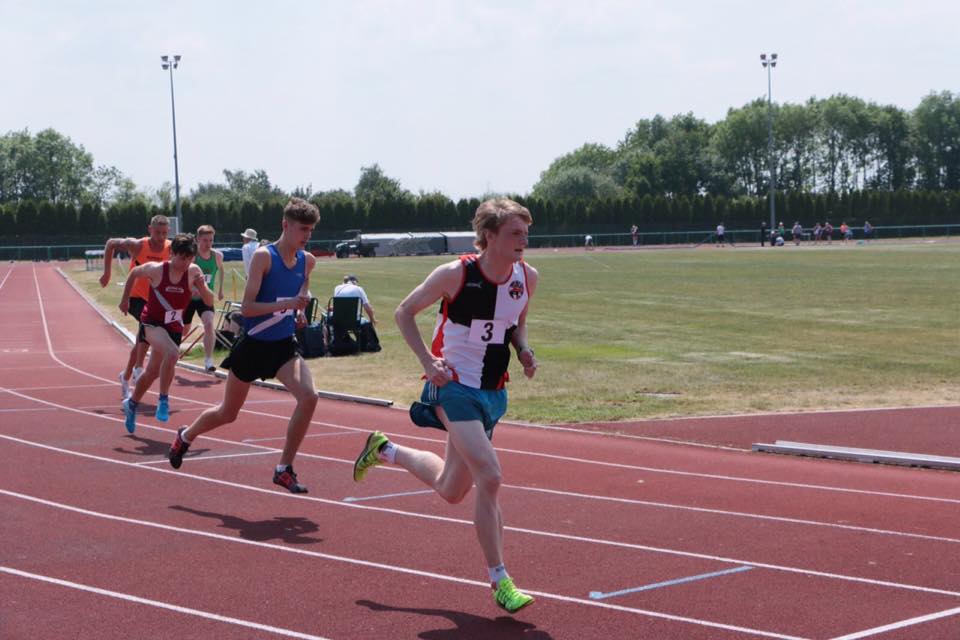 Four Bury AC members competed over the 800m distance in the Trafford Grand Prix at Longford Park on Tuesday 28th June and all were rewarded with fast times.

In the senior men’s B race Ben Coop ran strongly to take 4th place and ducked under the two minute barrier for the second time this season with a performance of 1.59.63 in a close run affair with less than a second covering the first four finishers. Benn Heywood, competing in the senior men’s E race, set a season’s best and his fastest run for two years. His time of 2.05.4 secured him 4th place in another blanket finish with less than 2 seconds covering the first 6 runners.

In the under 15’s B race Francis Woodcock shaved 0.3 seconds off his previous best to take 9th in a high quality field with 2.19.70. With another year to compete in this age category the future is looking very promising for this young athlete.

Another under 15 to excel in her race was Daisy Worthington who dominated the D race, finishing over 10 metres clear of the runner up. Daisy was rewarded for her brave performance with a new personal best of 2.21.86, nearly 2 seconds faster than her old mark.