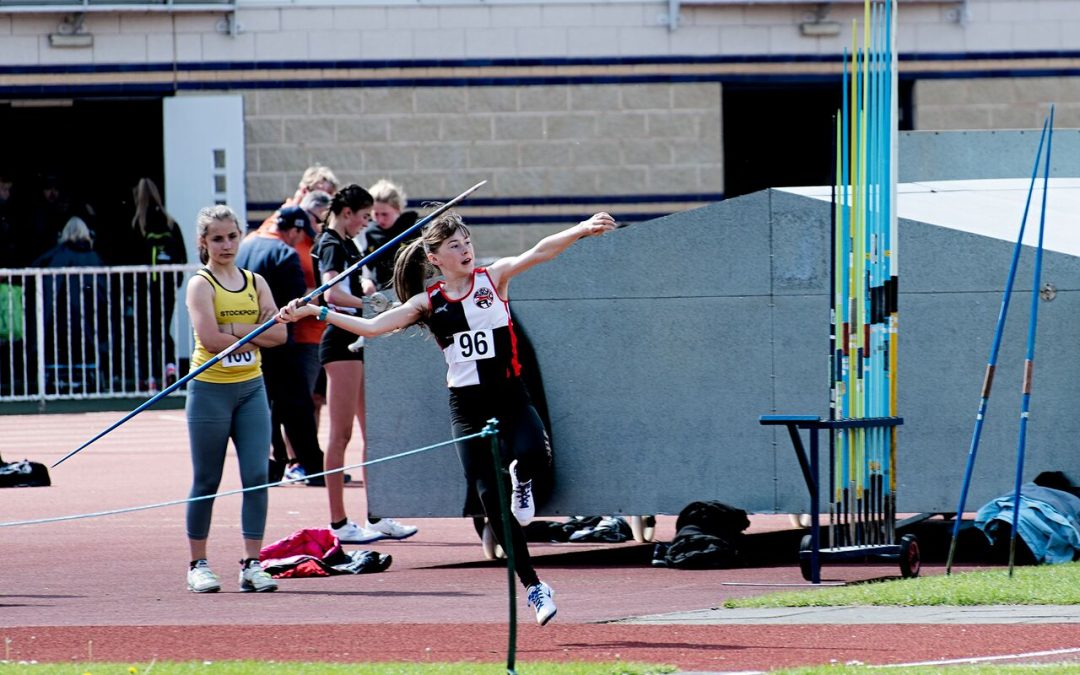 The Northern Track and Field Championships for junior athletes were hosted at the Sports Village in Leigh over the weekend. A number of the Bury athletes competing were rewarded with medals or personal best performances whilst competing against the best talent in the North of England.

In the under 15 boys 1500m, Brandon Quinton took an excellent silver medal in a time of 4.25.86 behind the exceptional Ethan Hussey from Leeds. In his first full year in the sport Brandon has made superb progress, adding a Northern medal to the honour of making the English Schools final. His commitment to hard work with coach Geoff Little indicates there is more to come from this young man.

A silver medal also went to Hattie Vaughan in the under 17 women’s pole vault with best vault of 3.20. This again is an excellent indication of the hard work that Hattie has invested in her training.

Grace Goodsell had to settle for a bronze medal in the under 15 girl’s long jump, her best leap of 5.20 being down on her best performance but nonetheless it was good to see Grace on the medal winners podium. It was a busy weekend for Grace, as she also took 5th in the 100m final (13.11) and competed against under 17s to set a new personal best of 10.41 to take 7th in the triple jump competition.

Michael Thornton competed in the under 17 men’ s javelin with his 32.41 best throw giving him 10th place overall.

Away from the track, Ben Coop made a welcome return to racing after sustaining some serious blisters in the Snowdon fell race. Competing in the Pendle 3 Peaks race, Ben took an excellent second place in a time of 1:25.55 for the demanding course.