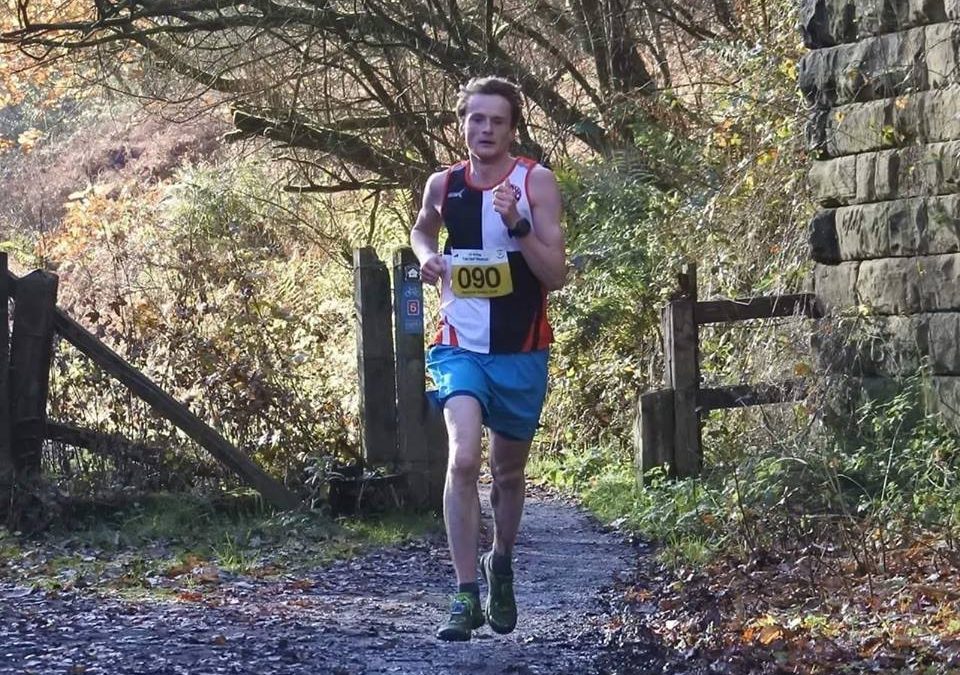 It was a busy weekend for Bury AC members with the third Red Rose Cross Country League taking place at Bolton’s Leverhulme Park on Saturday and the 13 Arches Half Marathon on the Sunday. Ben Coop and Patrick Babb ran well in both races, with Ben once again being the first Bury athlete to finish in the senior men’s Red Rose Race in 4th place before running out as the clear winner of the Half Marathon the following day. Patrick continued his excellent development as a new member of the club by taking 20th in the cross country and 3rd in the Radcliffe AC event on the Sunday. Men’s team captain Byron Edwards took 14th place in the Half Marathon.

Francis Woodcock couldn’t repeat his winning performance from Chorley and had to settle for second place in the under 15 boys race. He lead the Bury team to 4th with Jake Allen (25) and Jacob Stevens (30) being the other counters and Sam Kelly the other finisher. The girls took 5th place with Erin Kenyon (18), Lucy Pixton (25) and Catherine Russell scoring points.