Oliver and Stefan at the English Schools Cross Country 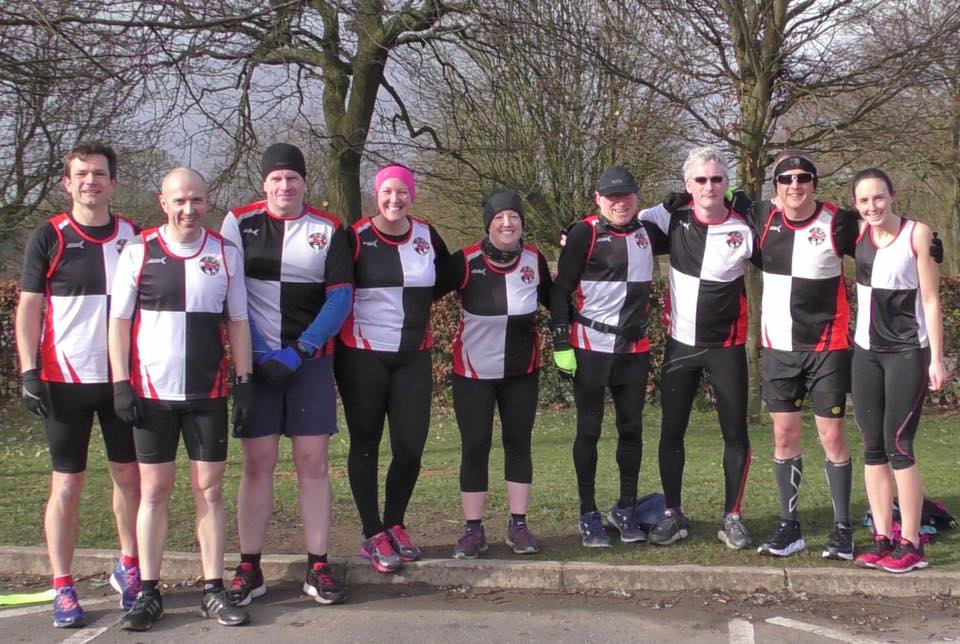 Two Bury athletes represented Greater Manchester in the English Schools Cross Country Championships hosted at a very muddy Temple Newsam Park in Leeds. Oliver Makinson, running in the senior boys’ race, performed very well to take 48th place and finish as Greater Manchester’s second counter in a time of 24.28. This excellent performance demonstrates the impact of Oliver’s dedication to his training schedule. In the intermediate boys race, Stefan Kalambouka demonstrated his continuing improvement as an athlete in taking 250th place in a very high quality field. Mention should also be made of Freya Potts who was selected for the Greater Manchester squad, but as a non-travelling reserve.

The Parkrun at Heaton Park on Saturday morning saw a practical invasion from Bury AC runners as the event counted towards the seniors’ Grand Prix series. Seven Bury athletes filled places in the top fifteen finishers. Jim Ardin just lost out in a sprint finish to win the race, but was pleased with his new personal best of 16.57 to take second place. Patrick Babb, in third and men’s captain Byron Edwards in fourth also recorded new best times for the course of 17.12 and 17.18 respectively.

On Sunday three Bury athletes competed at the Sale Indoor meeting at Sportcity. Under 15 Jerel Livingston set a new personal best of 7.65 in finishing runner up in his 60m sprint race. He followed that with a 3rd place in the long jump, competing against senior athletes, with a furthest jump of 5.95m. Jerel is currently ranked 5th in the UK in his age group for the long jump event.

Jena and Erin at Sportcity