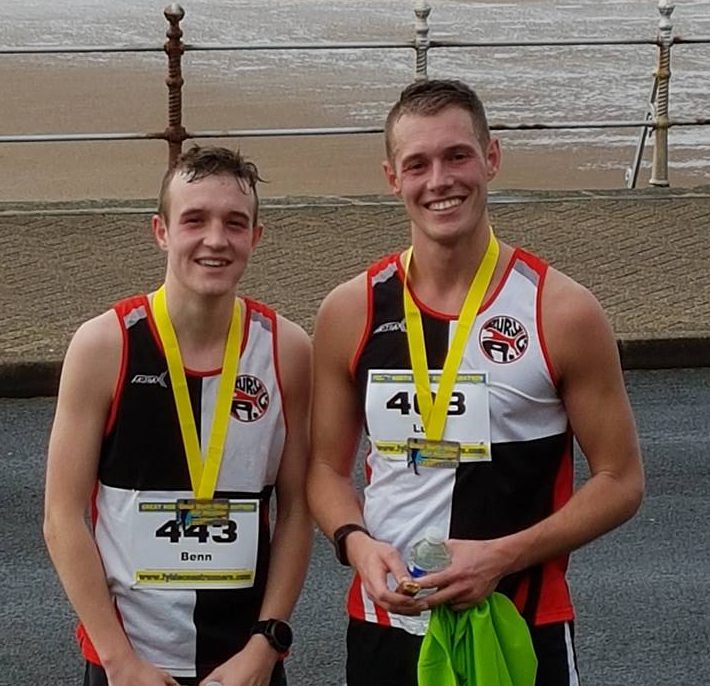 Three Bury athletes travelled to Blackpool to compete in the Great North Half Marathon and all were rewarded with new personal best times. First home and in 13th place overall was Luke Harreld who was delighted with his time of 1:18.38. Benn Heywood followed Luke in 14th place and pushed the more experienced athlete for most of the race and recorded a time of 1:19.01 to finish the first under 20 athlete. Next was Jenny Yates who was the first finisher in the FV50 category in an excellent 1:39.30. 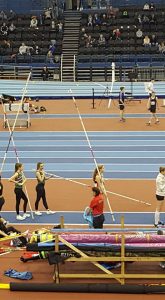 Another Bury athlete making a long journey to compete was Hattie Vaughan who participated in the Birmingham open meeting in the indoor arena. Hattie once again produced a vault of over 3.00 metres with a best performance of 3.10. Frustratingly Hattie had equalled her personal best in clearing the bar at 3.25 only for the pole to dislodge the bar and render the vault invalid. Hattie remains in the top 10 nationally for the event.

Two of Bury’s young athletes travelled to Astley Park, Chorley to compete in the South East Lancs Cross Country League. Abigail Howard ran strongly to take 16th place in the under 13 girls race recording a time of 15.18 on a very muddy and demanding course. In the under 13 boys race Jay Cook finished 14th in a time of 14.45. Both Abigail and Jay are running for their first year in the age group with most of the athletes in front of them being at least one year older than them.

Next week a small team of Bury athletes will travel to Wollaton Park in Nottingham to compete in the English National Cross Country Championships.