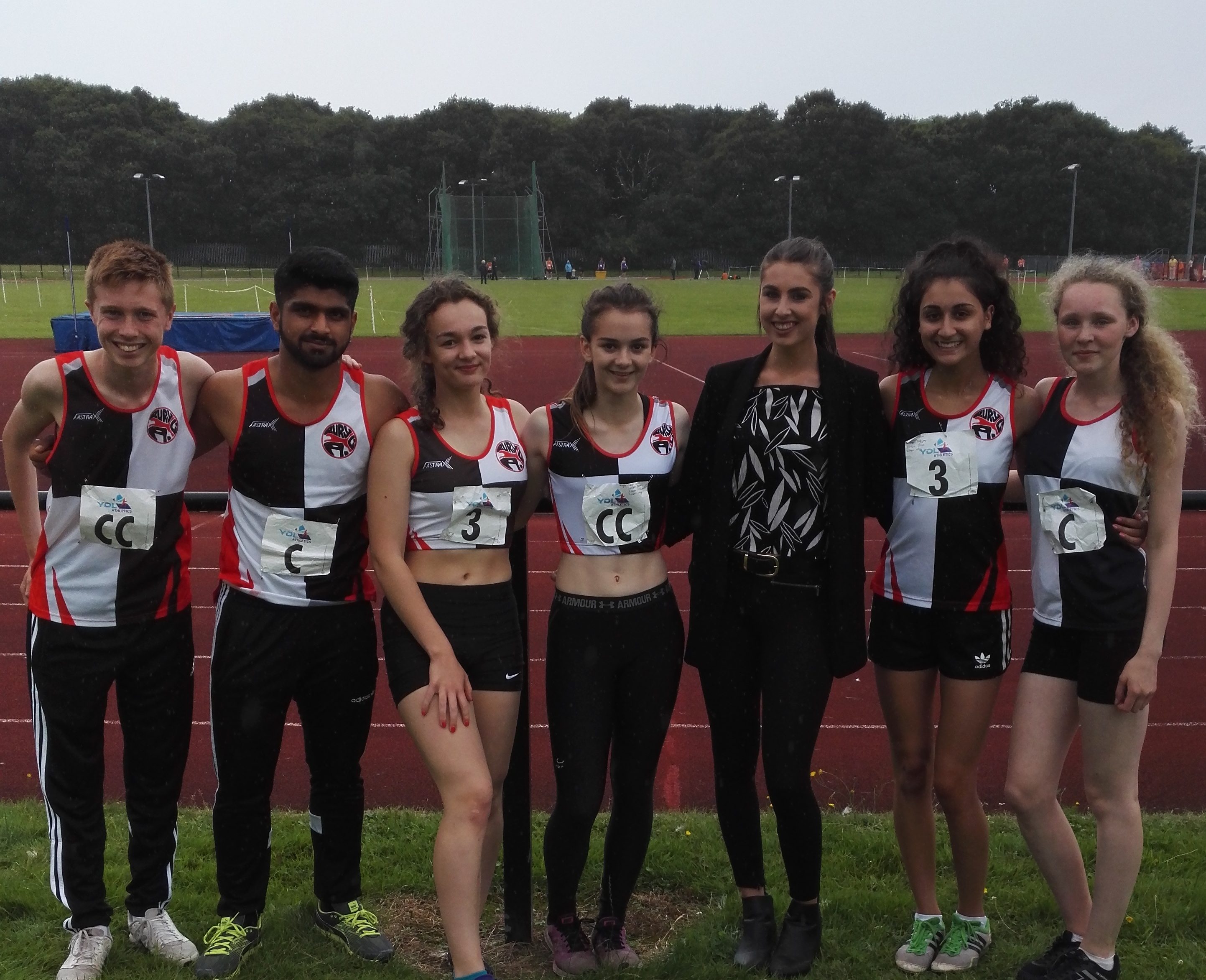 A small team of 7 athletes travelled to Ellesmere Port to compete in the final YDL Upper meeting of the track and field season. Collectively they were rewarded with 7 personal bests and brought Bury home in 5th place overall.  All the under 17’s did the maximum 4 events and some reached the graded standards in their respective events.

It is recognised that it is difficult to get under 20s and under 17s out to compete as there is often conflict with exams and summer jobs. However, Team Manager Donna Cartwright has worked really hard in persuading athletes to take part in the league. A special mention should go to Hashim Shah, Jenna Allen-Cartwright, Teegan Brady and Chloe Fairhurst who competed in all 4 fixtures, doing the maximum 4 events.  The team spirit was fantastic and all the athletes supported each other throughout the competition.

Jenna, Teegan and Chloe stepped up to join Mariella in the under 20s relay race and the quartet won by a large margin.

Jean and John Simpson together with Ken Smith volunteered to officiate, contribution to vital team points.

This is the first year that Bury has entered a team in the league and the athletes have set a good baseline for next year.