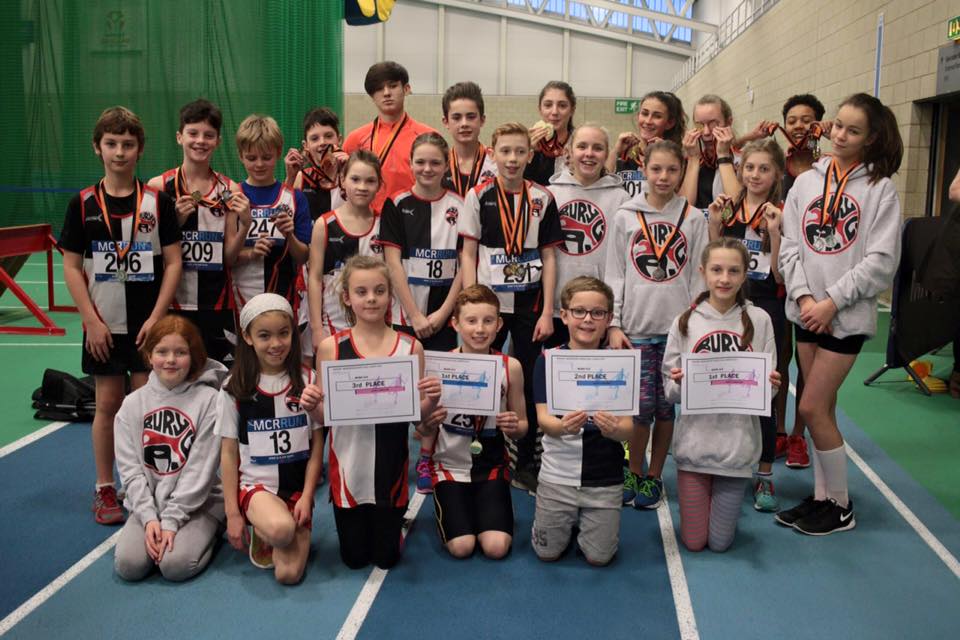 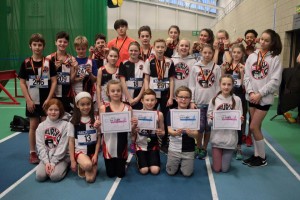 The previous weekend saw a large contingent of young Bury athletes competing in the Greater Manchester Sportshall Championships at Sportscity. Bury AC can now proudly boast of a number of county champions! Sole local competitor in the under 15 boys events was James Coghlan who blew away the competition in all three of his events, winning the 2 lap race, the standing long jump and the vertical jump. 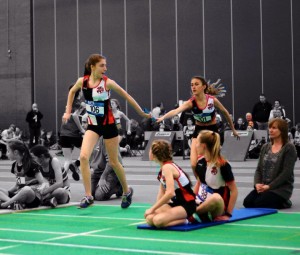 Brothers Evan and Elliott Savage were both county title holders in the under 11 boys competition. Elliott won the standing long jump and took third in both the 1 lap and 3 lap races. Evan won the 3 lap race finished top ten in the turbo javelin. Jay Cook was 2nd in the vertical jump and 6th in the turbo javelin and the boys took 2nd in the 4 x 2 lap relay. There were also good performances from Mikey Carling and Cian Donnelly.

Bury had a large number of under 11 girls competing and whilst none of the girls won county titles their performances show the clear potential that is coming through. Abigail Howard took 2nd in the vertical jump and 3rd in the 1 lap race. Matilda Brett finished 4th in the 3 lap race and Erin Garroch took 5th in the verical jump.

The strength in depth is a clear indicator of the success of coach Joanne Brown’s hard work and the support of the parents in getting the young athletes to training and competition.