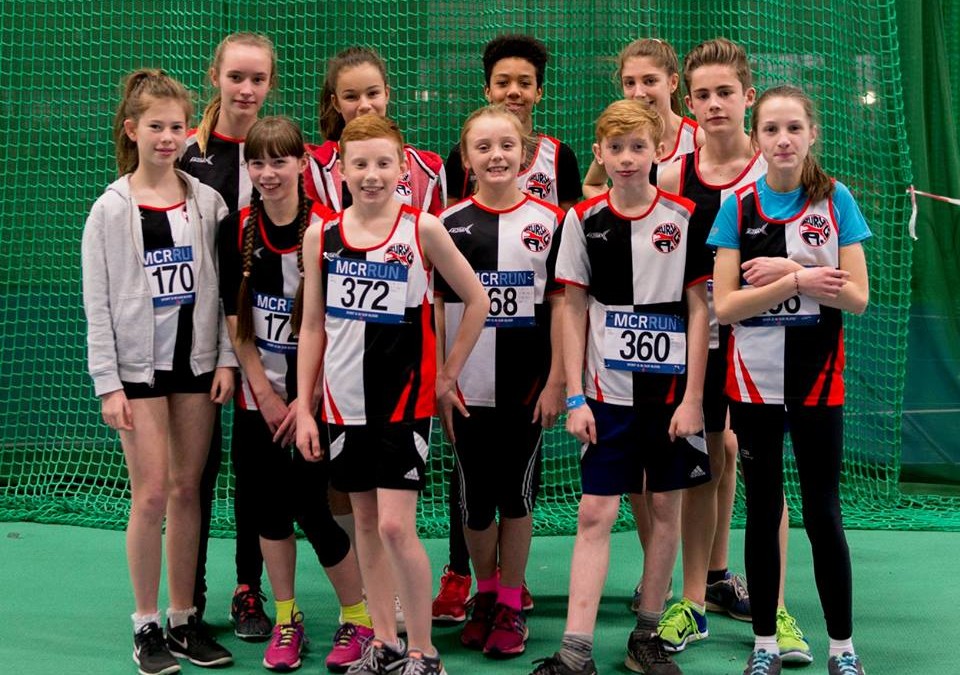 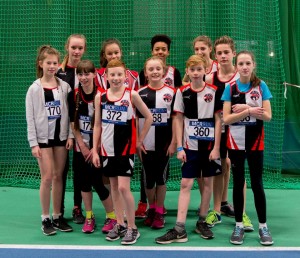 For the under 13 girls Grace Goodsell won the 2 lap race, standing long jump and standing triple jump. Amy Garroch took 2nd in the speed bounce and won the vertical jump. Erin Kenyon was 6th in the 6 lap and 8th in the speed bounce. Other point scorers included Katherine Townsend (5th in 2 lap and 3rd in shot putt), Catherine Russell (6th in 6 lap) and Esme Guy (8th in 4 lap). The girls also ran to victory in the 4×2 lap relay.

The under 11 boys finished as league runners up, just edging Stockport into third place. Brothers Evan and Elliott Savage performed to their usual high standard. Evan won the 3 lap race, was 3rd in the javelin and 4th in the vertical jump whist Elliott was 3rd in the 1 lap, 2nd in the 3 lap and 2nd in the standing long jump. Jay Cook took 5th in the vertical jump and 8th in the speed bounce. The boys team took third in the obstacle relay and fourth in the 4×2 lap relay.

The under 11 girls took third place in the league with a large number of young athletes getting a good taste of competition. Matilda Brett took 2nd in the 1 lap, 4th in the 3 lap and 2nd in the standing long jump. Abigail Howard won the vertical jump and took 4th place in the 1 lap and standing long jump. Erin Garroch was 7th in the speed bounce whilst Freya Potts was 11th in the 3 lap race. the girls took third place in both of the relays.