Track and Field League Meetings Get Under Way 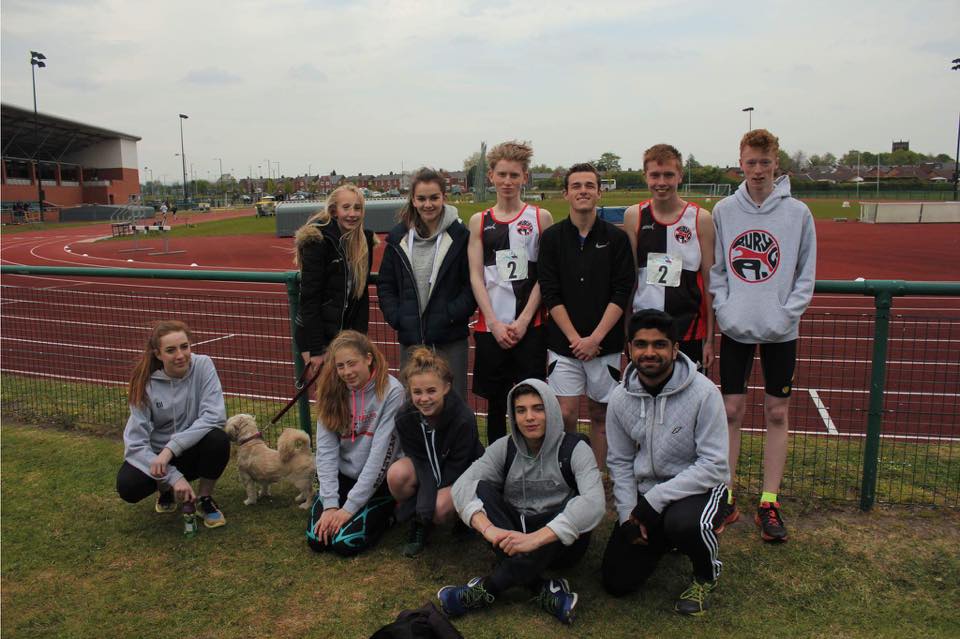 The Track and Field season is now fully under way. Bury hosted a Youth Development League (YDL) fixture on 23rd April for athletes in the under 15 and under 13 age categories. The final results have now been ratified, revealing that Bury ran out as winners. This is no mean feat given that Bury are newly promoted into the 2nd division of the league.

The following Sunday a small team competed in the YDL fixture for under 17s and under 20s hosted by Leigh HAC. The team took seventh place, but the camaraderie amongst the athletes was excellent with the team manager’s athlete of the day award going to new member Dylan Buckley who competed in several events. The under 20s and under 17s male team comprised of sprinter Hashim Shah, Oliver Kirby and new members Jack Olds-Bellucci, Ben Krinks and Dylan. They were able to secure third place in both of the relays. The girls team comprised of Hattie Vaughan, Ella Tyrell, Jenna Allen-Cartwright, Teegan Brady, Ellie Carter, Lucy Alcock  and Heledd Rimmer. As well as competing over a number of events, the girls took 2nd in the 4 x100m relay and 3rd in the 4 x 400.

Last Saturday saw the seniors competing in the North of England Track and Field League in Blackpool. Following the teams promotion into the second division, this was recognised by team manager Giles Bennett as being a big challenge for the team. In fact, the depleted team showed fantastic spirit in taking fourth place, with the advantage of a home fixture at the next meeting. There were wins for Christie Cook (800m), Sophie Whittaker (3000m) and Nicola Quick (pole vault) for the women and Hashim Shah (100m) and James Coghlan (200m) for the men. Several athletes had very busy afternoons including women’s captain Lizzi Cheshire who took part in 7 events. Ben Coop also had a hard day competing in the 400m, 800m, 4 x 400m relay, steeplechase and long jump. There was sterling work in the throwing events from Paul Stocks, Paul Horrocks, Nicola Quick and Ruth Worthington. Special mention should be made of the debut of youngster Jack Olds-Bellucci who took on the technically testing 400m hurdles and high jump events.