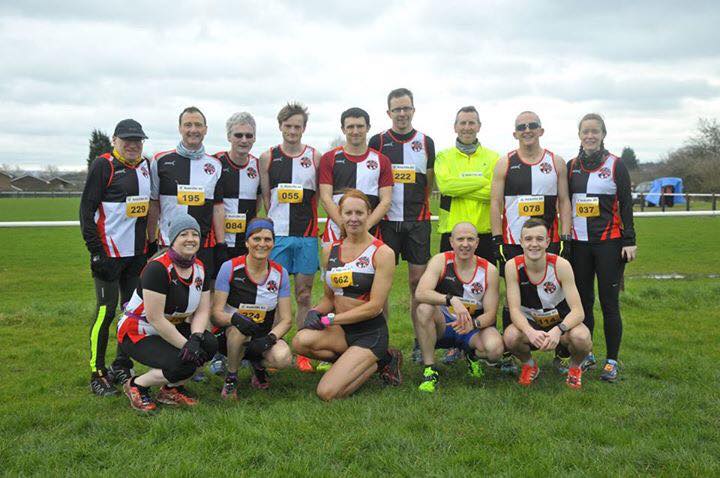 Ben Coop showed amazing powers of recovery from his exploits in the previous day’s National Cross Country to compete in Radcliffe AC’s Terry Nortley Multi-Terrain 10 mile race. Not only did Ben winning the race in an impressive time of 1:00.02, but he took the scalp of Bolton’s Tom Carson for the first time. Benn Heywood took an excellent 3rd place in 1:02.07 – nearly 3 minutes faster than he recorded in the previous year’s race in arguably harsher conditions.

Benn and Ben already at the front

Katie Geelan made it a double Bury victory as the first woman finisher (1:13.28) with Jenny Yates (4th) winning the FV50 category. There was real strength in depth as Ben and Benn were supported by Byron Edwards (16th) and Matt Grice(22nd)  to win the team title for Bury, with Lucy Hodson (9th) running strongly to support Katie and Jenny to secure the team title for the women.