Women at the Nationals whilst Ben wins the Rochdale Half 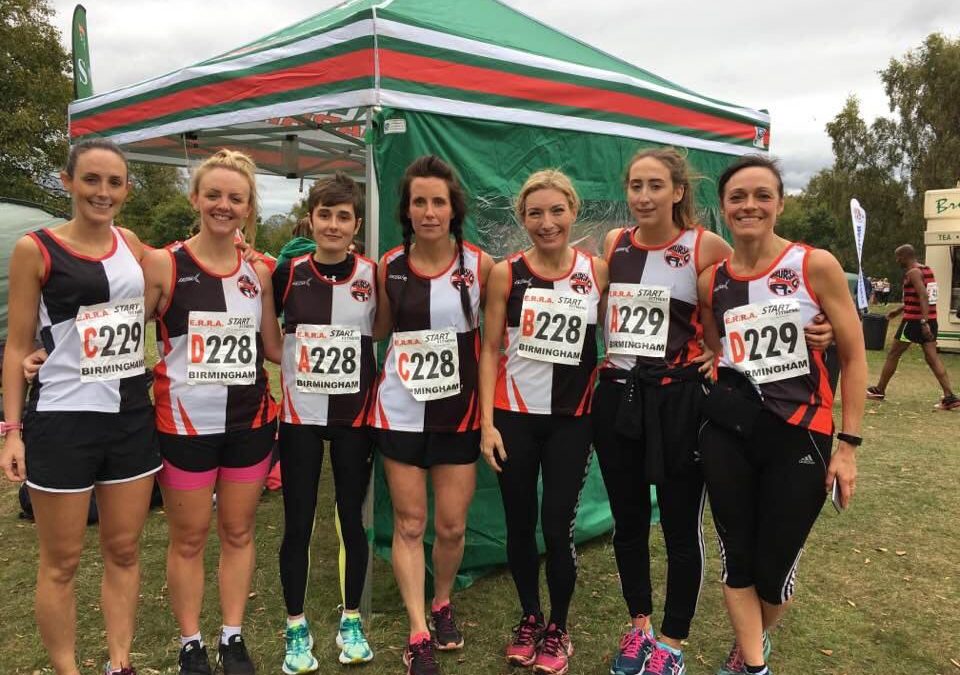 Bury AC’s senior women’s team competed in the National Road Relay Championships in Birmingham’s Sutton Park on Saturday. Sophie Whittaker ran the first leg for the Bury A team and she produced a customary strong performance to hand over in 43rd place with a time of 16.01. Sophie Hill ran the first leg for the B team with her 19.28 effort giving her the handover in 97th. Katie Geelan was next to go for the A team and she had to concede 5 places with her 17.30 leg. Brianne Turner held on to 97th place for the B team with a 23.52 run. Bev Mcauley took the 3rd leg for the A team, with her 18.44 effort giving the team 58th place, whilst Lizzi Cheshire moved the B team up 9 places to 88th place with her 19.41 leg. Nicola Harland ran the last leg for the A team and she passed 4 runners on her 18.39 run to give the team 54th place. Susan Ward, making her debut, brought the B team back in 79th place with a strong 21.22 leg. Coach Dave Cole was delighted to have two teams competing in the national finals. 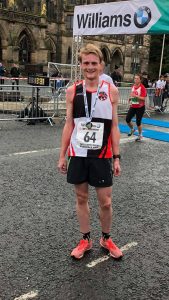 On Sunday Ben Coop continued to show fine form and significant improvement when he won the Rochdale half marathon. His time of 1:12.12 was a new personal best and was impressive given the undulating nature of the course. Ben has showed significant improvements on the track, the road and the fells and should look forward to strong performances in the forthcoming cross country season. Matt Grice was another Bury AC athlete in the field producing a strong run 1:28 in his first outing over the distance. Mark Simkins also set a new lifetime best finishing in a time of 1:45. 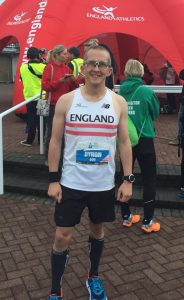 Men’s team captain Byron Edwards was proudly sporting an England age vest when he ran the Chester Marathon on Sunday. He carried the colours very well indeed, finishing in an excellent 2:57.35 to take 23rd place in his age category.

Giles Bennett added another Northern Masters silver medal to his collection. Making his debut over 10,000 metres on the track, Giles held on well to take the runner up position with a time of 38.57 at the Northern Masters at East Cheshire.