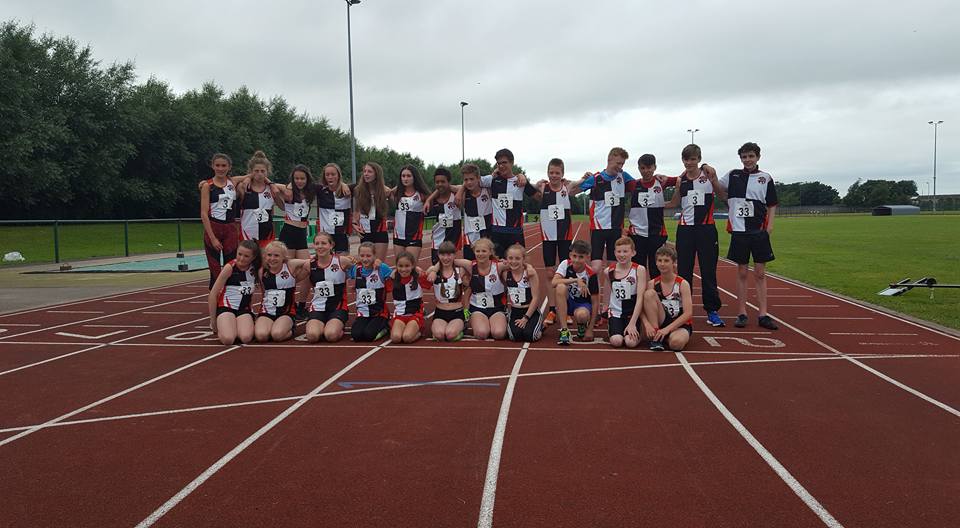 The young athletes representing Bury AC at the second Youth Development League meeting of the season put in a battling performance. As well as being somewhat depleted in their numbers the youngsters also had to contend with non-seasonal freezing rain at the Witton Park track in Blackburn.

The team could not repeat their victory of the first meeting and had to settle for fourth place out of the seven competing teams. The result still keeps the team safe in the 2nd division.

There were individual victories in the under 15 age category for Grace Goodsell (100m and long jump) and Daisy Worthington (300m and high jump). In the under 13s there were wins for Elliot Savage (200m), Evan Savage (800m) and Jerel Livingston (80m hurdles). The under 15 girls 4 x 100m squad also secured a victory with the under 13 boys and girls both taking 2nd in their relays.

Special mention should also be made of Charlie Ireland and Sam Whelan who stepped up to the mark in their club debuts and scored valuable points.

The next meeting will be on Sunday 18th June when Bury AC will be hosting the fixture and will hope to make the home advantage count.